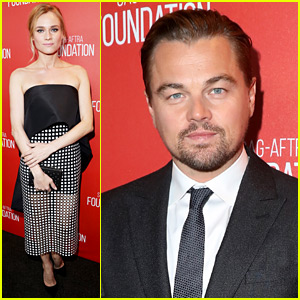 Leonardo DiCaprio shows off his dapper look on the red carpet at the SAG Foundation’s 30th Anniversary Celebration held at the Wallis Annenberg Center for the Performing Arts on Thursday (November 5) in Beverly Hills, Calif.

The 40-year-old actor was honored at the event with the Actors Inspiration Award for “his exceptional onscreen career and philanthropic dedication as chairman of the Leonardo DiCaprio Foundation, which raises awareness of both climate change and the need to protect biodiversity.”

Filmmakers Lee Daniels, Megan Ellison, and Rob Marshall were in attendance to receive the Patron of the Artists Awards.